Keller & Backyard Miniramp- Skateboard Contest MataHari & TELUM Skateboarding hosted an event called “Backyard und Keller Mini- Ramp Skateboard Contest“ which was held in 4 different basements and backyards in Stuttgart. The winner received 500 Euros cash. I was in charge of all promotional material, such as flyers and posters. The posters where personally silkscreen printed in 4 color process. The idea behind the illustration was the grimy stray cats, rats, and cockroaches you often see in basements or backyards. 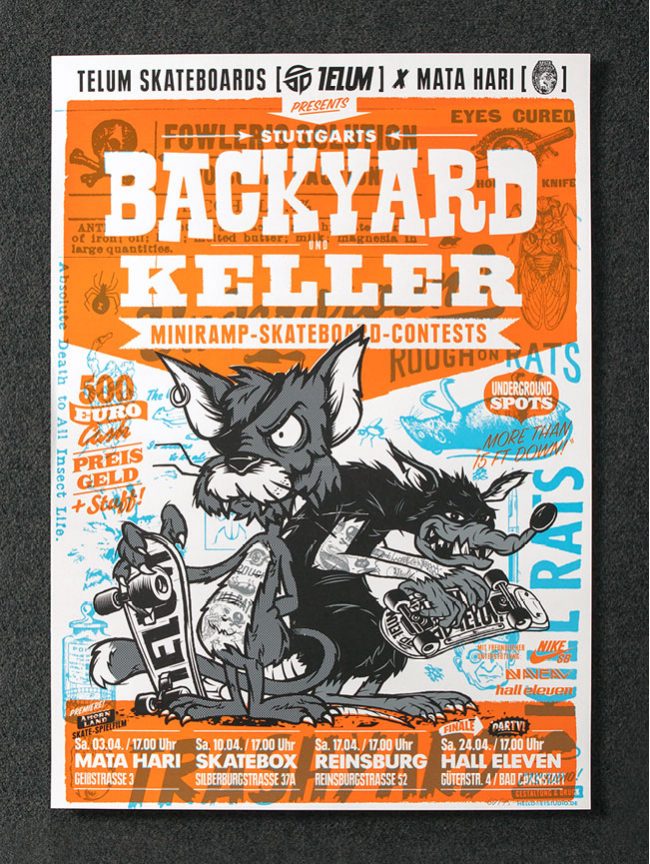 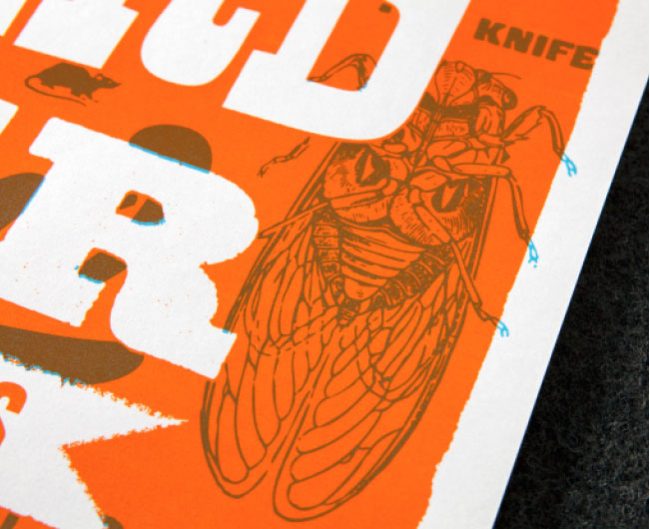 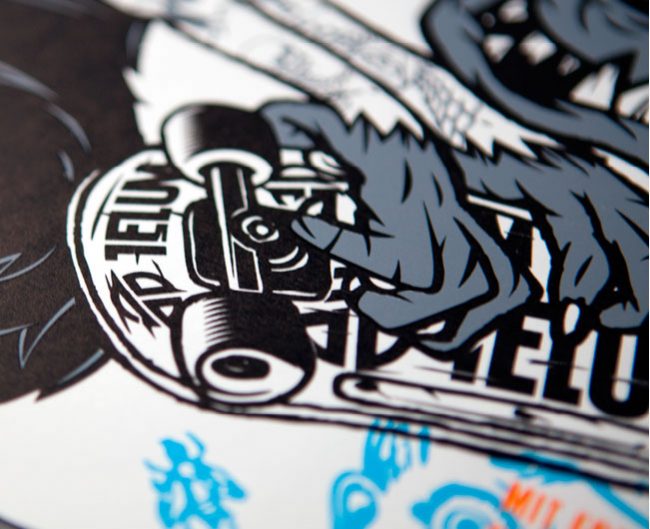 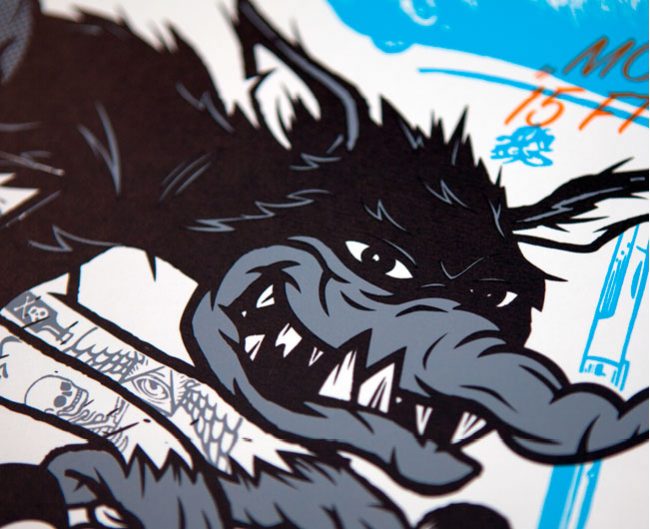 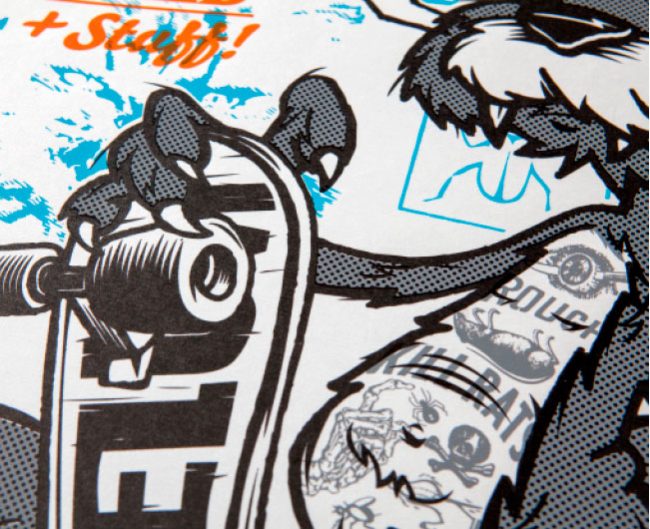 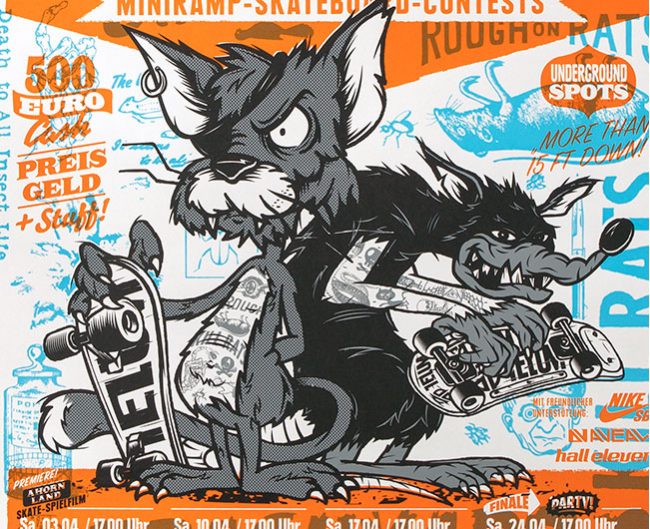